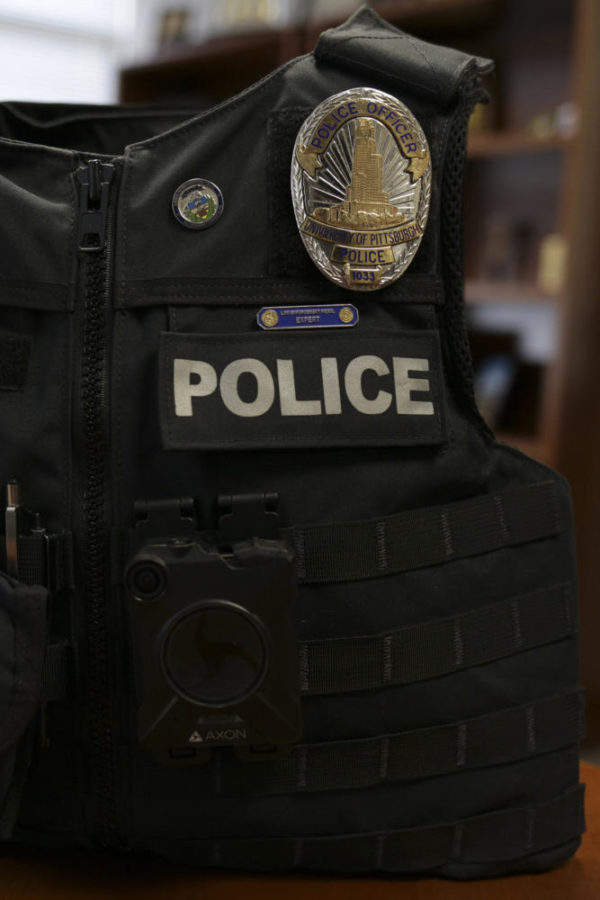 22:23 The non-academic branch has received a public drunkenness certificate at the Petersen Event Centre.

23:11 A student from Fifth Avenue and Tekkerey Street was transferred after a campus security agency reported an alcohol offense.

9:51 Pitt Police arrested a high school branch on Forbes Avenue for driving under the influence of alcohol, possession of a controlled substance (heroin) and possession of drug paraphernalia.

18:38 A student was arrested in the Petersen Event Center for theft after an illegal arrest.

10:00 The non-academic branch has been charged with misconduct in the Pitt shop.

10:26 Resident manager in Tower B seized drug paraphernalia during a security check. Targets have turned into police.

11:11 Resident manager in Tower A seized drug paraphernalia during a security check. Targets have turned into police.

1:07 Pitt Police arrested a non-university branch for violating and disrupting public order in the Pitt store.

14:03 A man has reported a criminal misconduct to Fitzgerald Field House.

16:20 Pitts Police assisted the Metropolitan Police in an oral interview on Juliet Street.

11:44 An individually reported identity theft from a public safety building.

15:58 A student in Tower C has been warned of harassment/threats.

8:21. The non-academic branch was subpoenaed for public drunkenness on South Book Street.

19:02 Pitts Police assisted the municipal police in a possible theft of mail from an apartment in Darrag Street.

6:19 Pitts Police helped the PNC bank commit the robbery – the person withdrew the money but forgot to take it out of the ATM.

18:27 The non-university branch was quoted for public drunkenness.

10:44 The city police have reported three firearms violations in the past six months. The first one was on the 5th. August on Auckland Avenue. The second took place on the 19th. September on O’Hara Street. The third took place on the 21st. November at 3400 Fifth Avenue.

11:37 The city police reported it on the 30th. In September, a man on Atwood Street reported his car stolen.

11:42 The city police reported that the 4. In December, one person was charged with the possession of marijuana on Roberto Clemente Drive and South Bouquet Street.

11:49 The city police report that nine people were convicted of breaking the alcohol law in the autumn semester in Auckland.

12:21 Section IX reported that there was a student in Holland Hall on the 12th. Janvier was sexually abused by a non-academic branch.

12:26 According to a study abroad, the 19. In March 2019, two brothers from Sydney, Australia, had a fistfight and broke their jaws. The victim filed a complaint with Sydney police.

4:38 The non-university branch received a subpoena for public drunkenness.

12:37 p.m. The non-academic branch was arrested on Fifth Avenue.

13:59 A manager of The Pitt Shop reported a store robbery.

11:33 PM A man reported that a bicycle helmet was taken.

9:51 A student in S Tower reported that her money had been stolen from her dormitory.

11:11 a.m. City police reported that a man was killed on Forbes Avenue and McKee Place on charges of possession of marijuana on January 14.

1:44 A student reported the theft by cheating in Forbes Hall.

6:58 PM The student reported that a young man grabbed her by the buttocks on Forbes Avenue.

The police didn’t write anything in the crime register on Monday 16 March.

13:54 A student reported that he left his Bluetooth speaker unattended and disappeared on his return.

20:02 A man reported that food was set on fire in a toaster in an apartment on Darrag Street. The city fires reacted and cleaned up the scene.